I was playing around with a handheld microscope recently and I felt like it gave me an intuitive picture of Chapman’s nebulosity idea.¹

The first thing that became obvious is how much grainier reality is than our day-to-day experience suggests. When I write on my notebook with a pen, it feels like the edges of my pen’s ink and the shapes of the letters are pretty well-defined. But upon closer look, that’s not true: 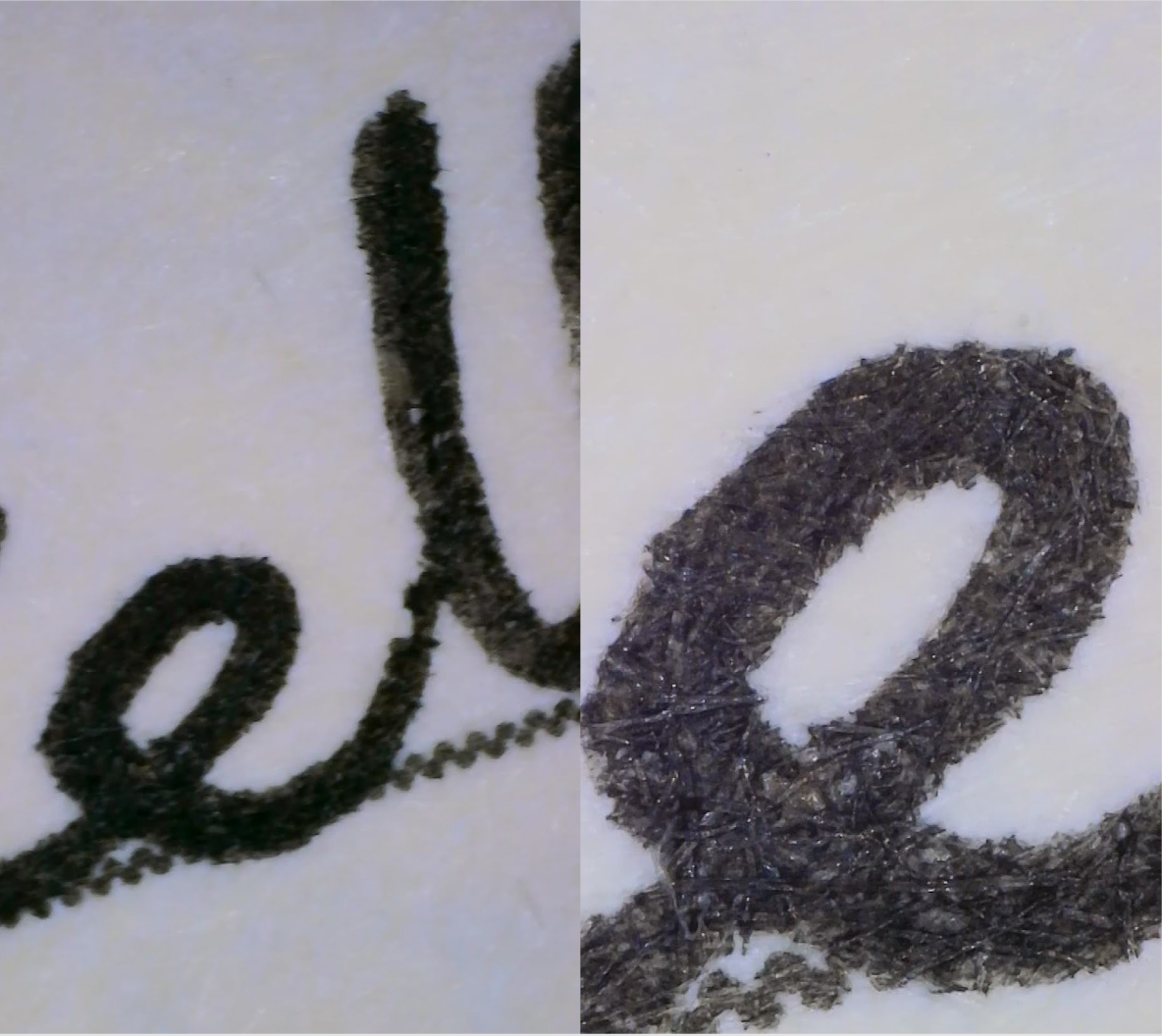 At this point you can ask the typical questions of: which of those little jagged protrusions from the “e” actually count as part of the “e”? How many of them would we have to remove such that the “e” is no longer an “e”? I imagine that the more we zoom in, the fuzzier the boundaries of the letters become. It’s interesting that we already have some nebulosity way before we get to the level of atoms.

Granted, plenty of things are not fuzzy at the zoom level of my microscope. These are the little dots on my retina monitor, with very well-defined boundaries: 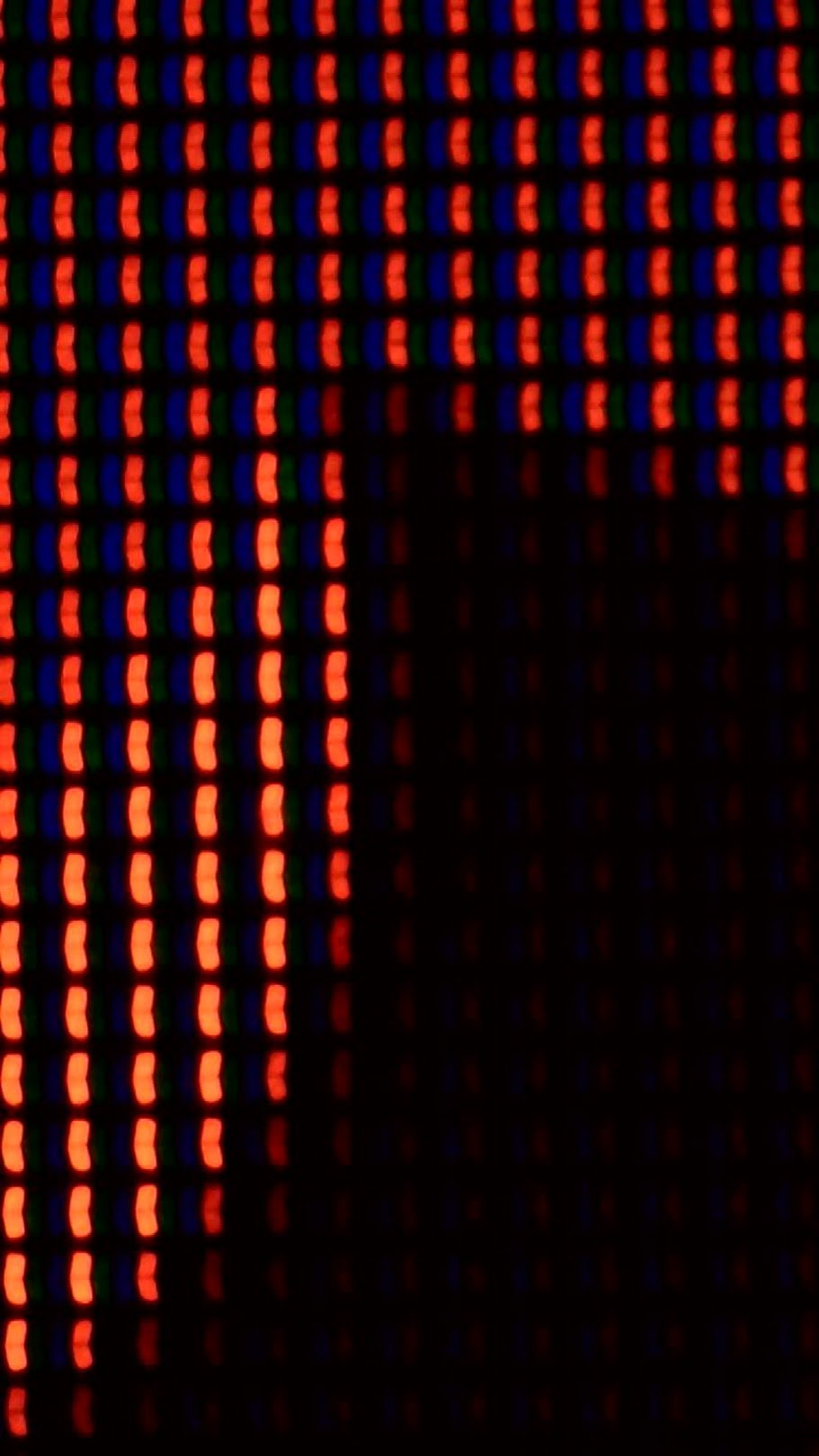 While not demonstrating that everything is nebulous, this experience has given me a clear, intuitive sense of what Chapman frequently talks about: how something which seems definite from one perspective (in this case, at one zoom level) can end up looking indefinite as change your perspective.

The critical rationalist (or anyone who defends the definiteness of objects) could argue that my example with the “e” demonstrates nothing profound—just the imprecision of our writing instruments. There is an objective set of facts about the objects of the world; it’s just that our attempts to create specific things (like a printout of the letter “e”) with technologies (like pens) are fallible.

There’s one other thing this experience helped solidify for me: the extent to which “what’s there” (i.e. the boundaries and categorizations that make the most sense in a given setting) is dependent upon…how you’re looking at it. Once you start actually using the microscope, you realize how focus is such an important determinant of what you see.

The microscope doesn’t have a knob for changing focus—there’s just a knob for zoom level. So what I had to do was adjust the zoom enough so that whatever I wanted to look at came into focus (it happened that there were always two zoom levels at which objects came into focus; there’s probably some fact about optics that would explain this). You can see this as I zoom into and out of my retina monitor:

zooming in and out on a retina screen pic.twitter.com/fbZMCojmNP

But my point is, in order to see one thing (a face) you have to squint a little bit. In order to see something else (red and green dots) you have to look more closely. When it comes to what objects are there, your zoom and focus level (and more broadly, your context and purpose) matter.²

After all, what even is seeing? Vision is just a matter of whether the photons that enter through our pupil end up creating something coherent on the back of our eye at the retina. As the shape of the lens in our pupil changes (through muscle fibers that expand or contract), the extent to which light diffracts (i.e. veers from its original path after hitting the lens) changes, and this can result in a different projection onto the retina. There are objective statements about how this mechanism works, but it seems like the results of the mechanism are somewhat context-dependent. 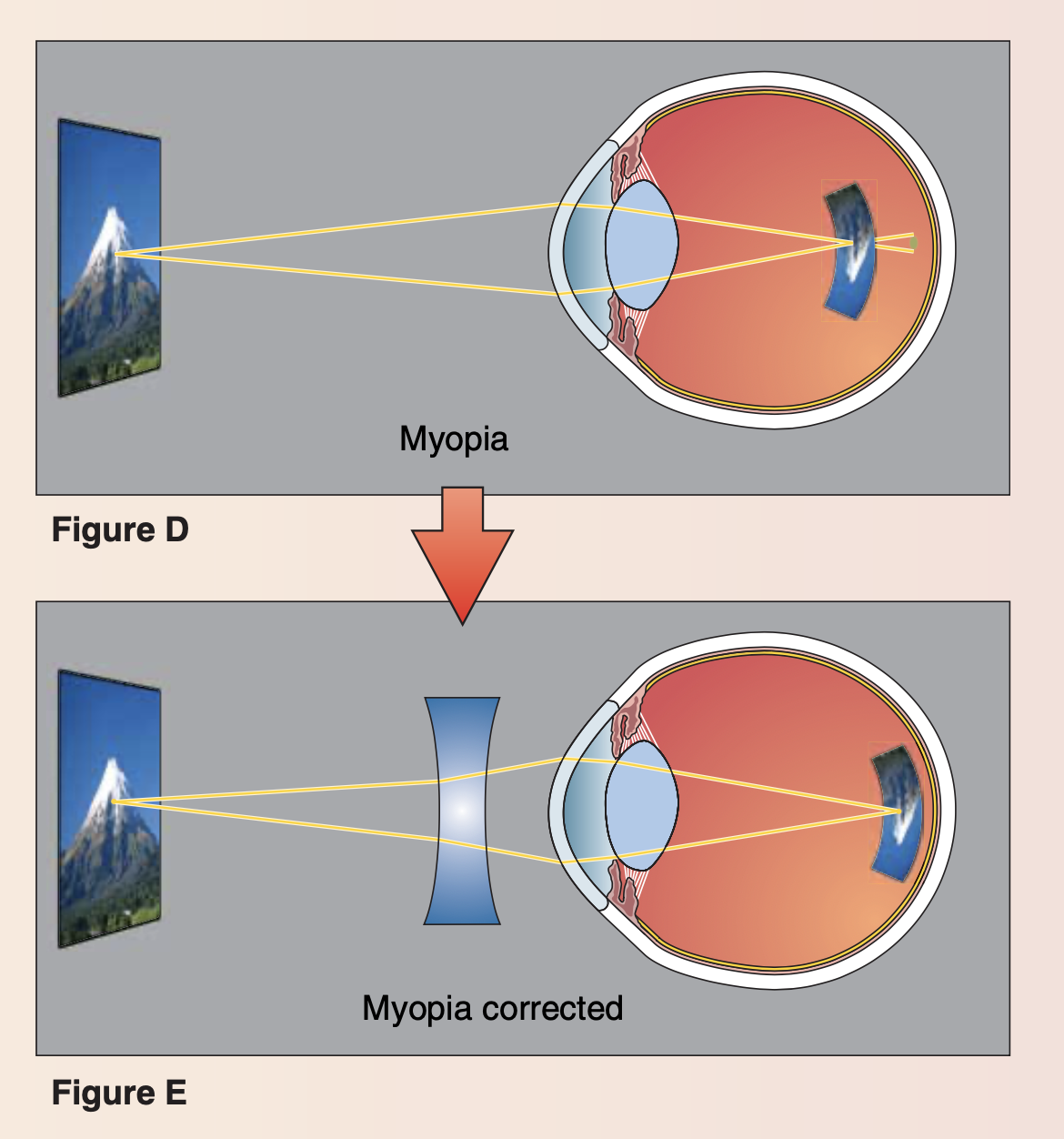